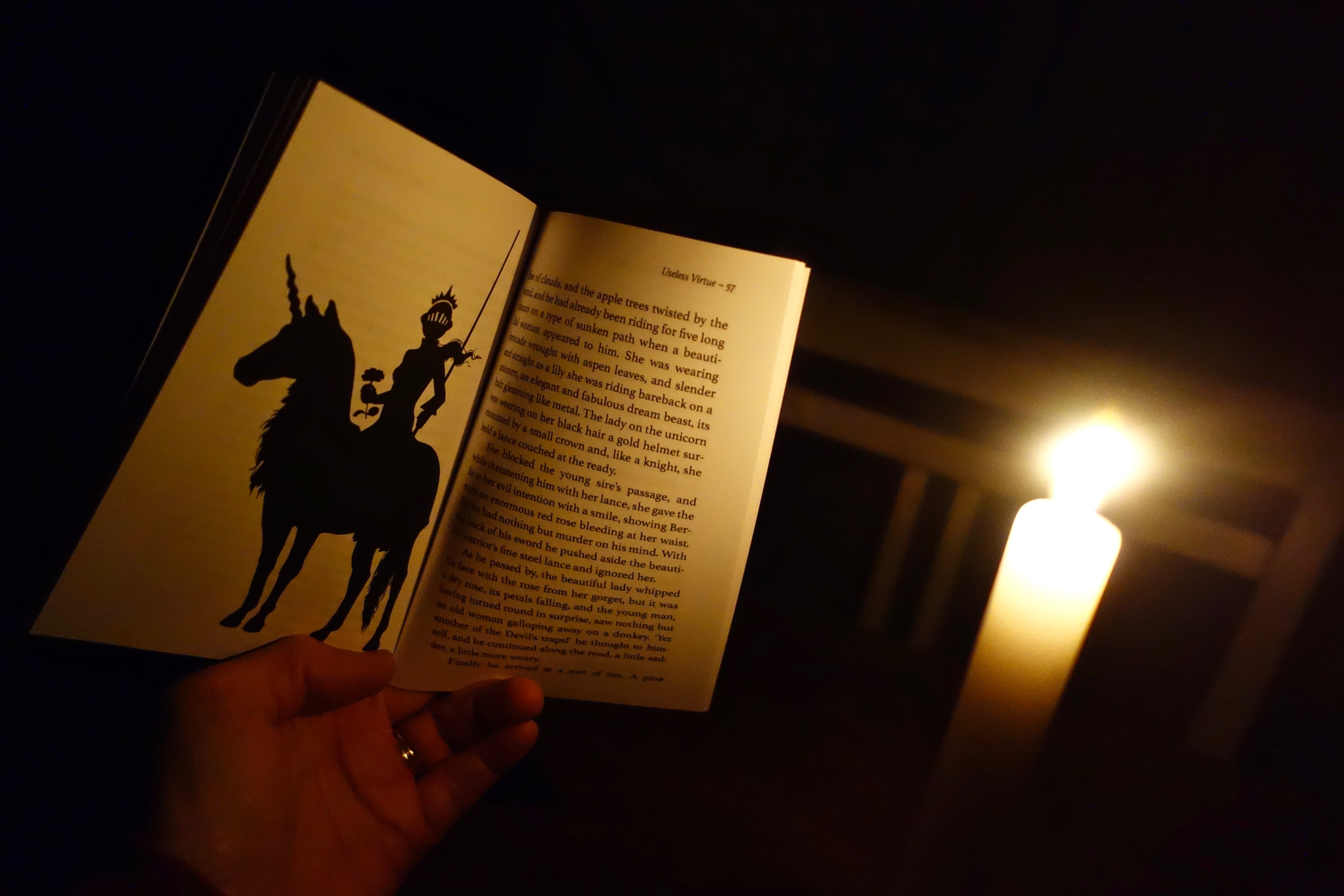 Goodreads Reviews for ‘Stories to Read by Candlelight’

Published 1 November, 2019
Jennie Rosenblum
This book is a translated version of stories from France in the 1890s.  The current author and translator did a wonderful job keeping the old-time feel of the read.  With the glorious use of language this is the perfect read for this time of year.  The stories have the edge of scary; you know that place where it takes a little thought to realize exactly how far your fear can go? This is a collection to bring back memories of your childhood and the ghost stories told in dark rooms with only flashlights under your chin. It is a short book that can be enjoyed in one sitting or bit by bit to be lingered over.
Carmel Bendon
This collection was written by French author Jean Lorrain in the late 19th century. In his introduction Lorrain says that he came to know these stories because, as a young child, he and his cousins heard them from Norine, a seamstress in his grandmother’s house. The stories are, in this way, situated within the French oral tradition and this layering of narrative voice works very well in conveying the ‘feel’ of tales told around a table or in a room dimly lit by candles.
On the surface, and to our modern sensibilities, the stories seem fairly innocuous: the ghost of a dead maid here, an old woman suspected of being a witch there. But go a little deeper and there is considerable menace lurking. Madame Gorgibus (the suspected witch) for example, is a grim tale of ignorance and the cruelty that results from it. Throughout its telling, the occasionally repeated chanson – “The three white cats with ribbons on their necks” – gives the story’s form the cadence of a children’s poem that is at odds with the stark content. Similarly, whilst children may smile at the idea of a mouse tricking the woven representation of Madame Mandosiane out of the six hundred year old tapestry into which she is woven, there is a very adult moral lesson paralleling it when the Madame is literally and figuratively undone as the tapestry of her image unravels, and her quest for freedom becomes her demise. Children, too, are given a morality lesson on the vice of gluttony in the story of Queen Maritorne but the rich sensuality of the images is a ‘feast’ for greedy adults and, for modern day readers it also provides a delightfully informative look into the culinary trends of a well-to-do French Belle Epoque kitchen.
The stories are translated by Patricia Worth and it is to her that the success of this collection must be attributed. There is a double skill needed in translating works written in another time as well as in another language. Worth demonstrates this skill by managing to capture the charm (and edgy, though subtle, social commentary) of Lorrain’s stories while, at the same time, retaining and conveying the particular sensibility of La Belle Epoque.
Erin Claire Barrow’s black and white illustrations also add to the book’s appeal, appearing almost as silhouettes of the stories’ characters; or perhaps, as shadows from the candle-lit era they inhabited.

Shelley Nolan
This is my first time reading a translated work and I was hooked from the opening introduction. It has a wonderful sense of nostalgia as it tells of stories from the author’s childhood, some of them eerie and disturbing, others whimsical or cautionary. I loved the parts where Jean Lorrain explained each story and how it affected him as a small boy and could clearly picture him watching on as his family’s seamstress regaled them with fantastical tales that made him shiver. Stories that would resonate with him long into adulthood.
I also loved the glimpses it gave into provincial life in France so many years ago, and the roles the servants played in the lives of their employers. This helped to bring the stories to life, painting vivid pictures as I read each one and transporting me back in time. As a translated work, it was a seamless read that was packed with charm and otherworldly beings, creating a delightful collection that was a perfect way to spend a few hours.

Recommends it for: all ages

Just finished this short read. it would make a classy girlfriend gift for Christmas. It did put me back into my childhood and I felt as if I was in a large old home in France with someone reading one story per night before I went to sleep! The translation was spot on!